That’s what they call it when you’re waiting on a hurricane. When the weather gurus have no idea which path the beast will take. When it could be you or it could be your neighbor 200 miles to the east. As one of my sister-friends just told me, “there’s no sleeping when you are in the cone of uncertainty.” It’s hurricane season and for 90% of the country that doesn’t really mean a thing. But for those on our southern and southeastern coasts, and for those who love them, it means life takes on an edge. The watch has begun. 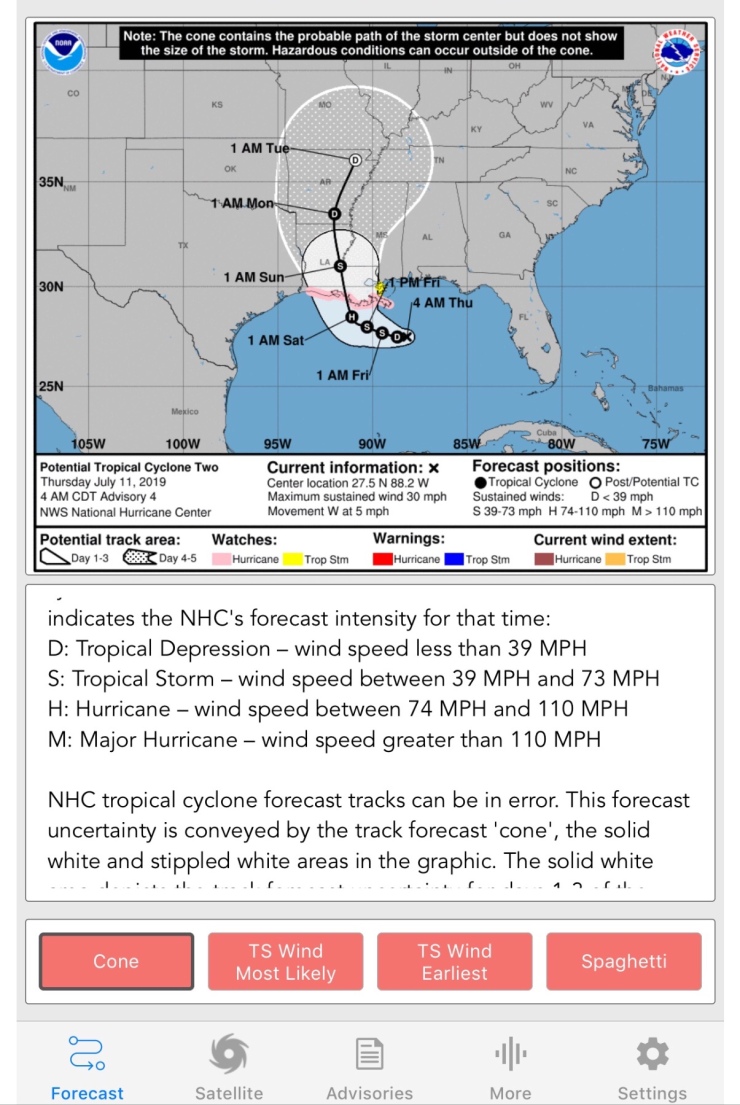 As I write, tropical storm Barry, hoping to become a hurricane, is swirling dervishly in the gulf, licking its chops, trying to decide….Louisiana or Texas or Mississippi? And as it churns he’s dumping gallons upon gallons of rain on pretty much the entire gulf coast. New Orleans is already seeing flooding. (No one in the country needs to be reminded of Hurricane Katrina.) In my hometown of Beaumont, Texas preparations are being made. The bottles of water, the flashlights and batteries, the full tank of gas in the car…just in case. The nerves are strumming and I can feel it all the way to North Carolina.

I grew up on the gulf coast, and to be perfectly honest I don’t remember very many of these anxious days. I can probably count on one hand the number of times we actually paid much attention. But something has changed. Maybe there is something to the global warming battlecry. Or maybe we are just in a particular cycle that will swing the other way in 20 years. Whatever it is, my corner of Texas has had regular, scary, devastating tropical storms and hurricane events for many years now. Rita, Ike, Harvey….names mentioned with sadness and awe. Names that sent millions on the road to an evacuation nightmare, and caused billions in damages of destroyed homes and businesses. The emotional toll can’t be counted but it ranges from the nervous tic that occurs every time a storm starts forming, to lives literally broken, never to be quite the same again. 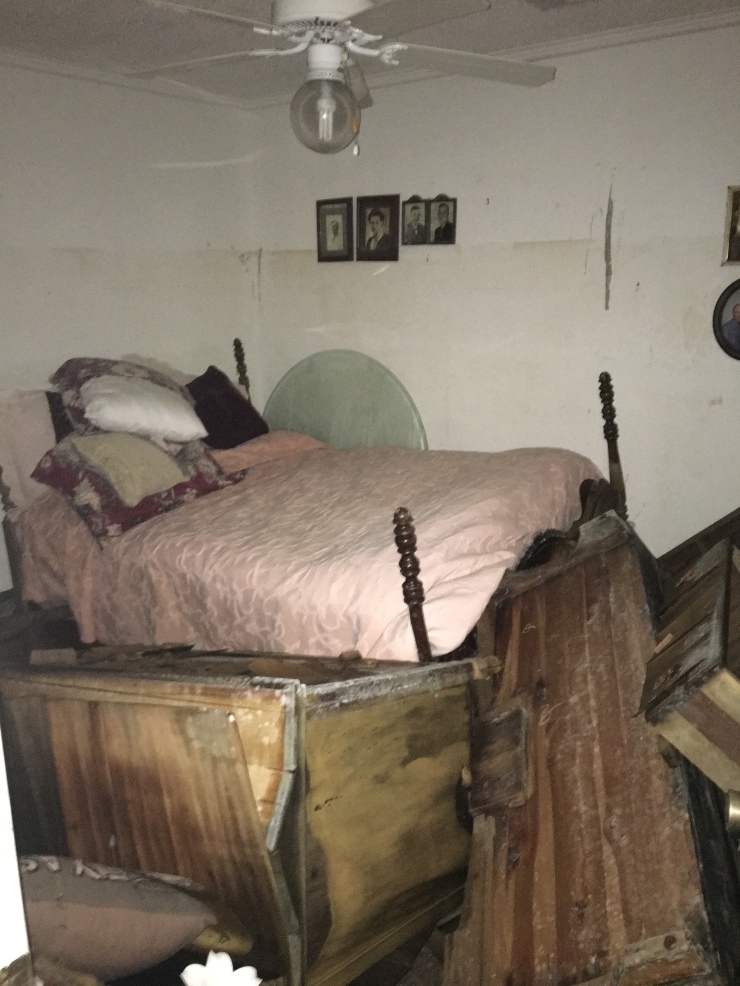 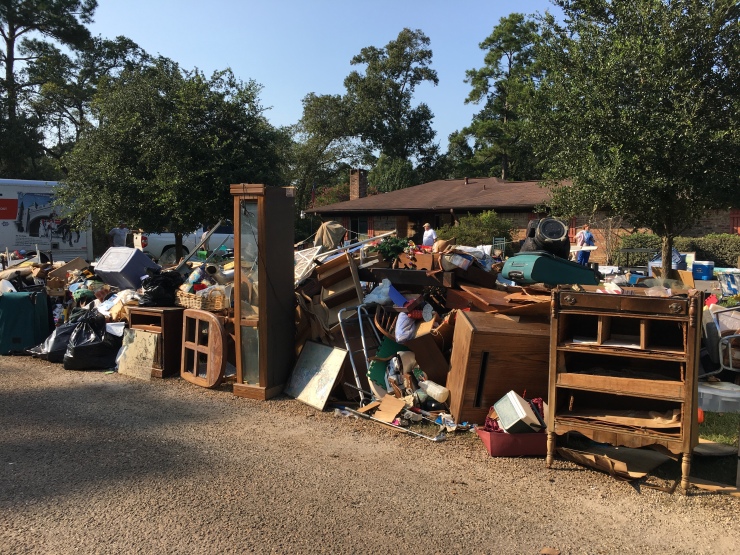 I have stayed a member of a Facebook Page for my parents’ old neighborhood. Even though I don’t know many people who live there anymore I want to know that the neighborhood is surviving, thriving. My parents were too old to rebuild after Hurricane Harvey, but there are many families who had no choice. They have spent the last 22 months digging out of the muck of 6 feet of water in their houses, starting over with nothing but the studs and a roof. These determined souls want to reclaim their peaceful country life. Many have succeeded in rebuilding only to live next door to a house that hasn’t been touched in almost two years because the owners couldn’t face it. This neighborhood is scarred forever. And right now they are in full-alert mode.

Bevil Oaks is a tiny municipality unto itself, with a mayor and town board, fire department and water system. That water system was seriously damaged during Harvey. With every new storm the fear is it will go down again. As it is, their water bills have gone up tremendously to pay for what happened the last time. These people aren’t just on edge. They are downright terrified of the consequences of another bad storm. The domino effect of hurricane season can go on and on and on and on for years. Sometimes it can be the death knell for small, struggling communities.

As the people on the coast keep their eyes on the forecast, check the weather apps on their phones, ask each other if they are ready…..people like me are praying it doesn’t hit them. But the irony of that, as my friend reminded me, is you are by default kinda praying it into someone else, like New Orleans. So, like the hurricane path itself, my prayers are shifting. I pray for strength and preparedness and safety and, yes, that the storm will magically disappear. No more cone of uncertainty. No more rock in the pit of your stomach. No more broken lives. If only it were that easy….. 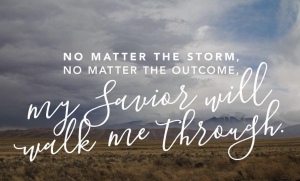 (Thank you to Courtney for suggesting my subject today)

4 thoughts on “The Cone Of Uncertainty”